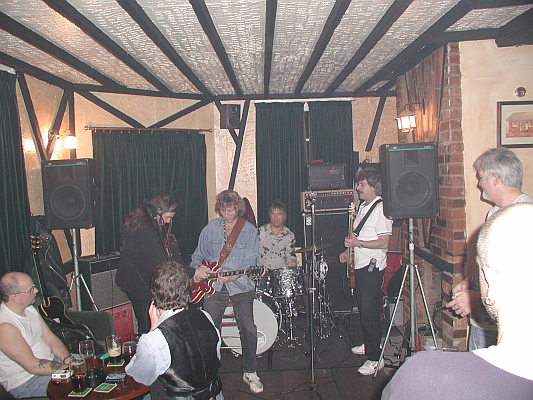 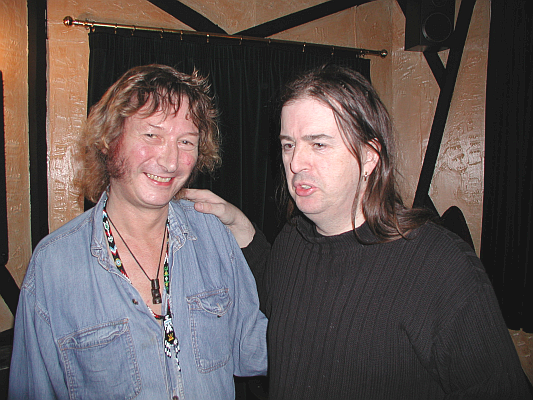 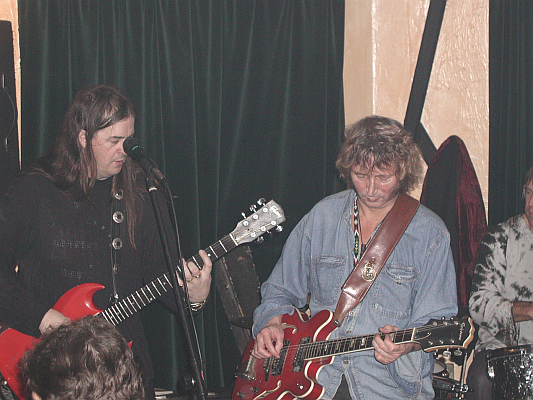 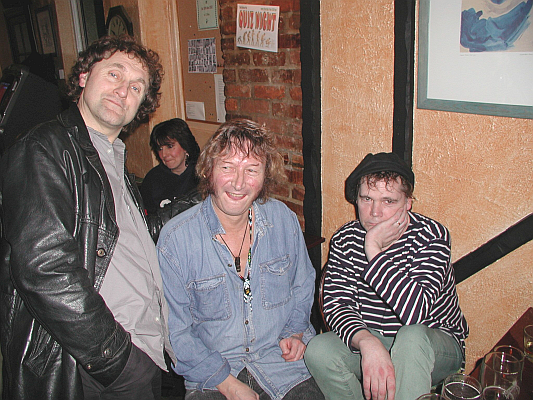 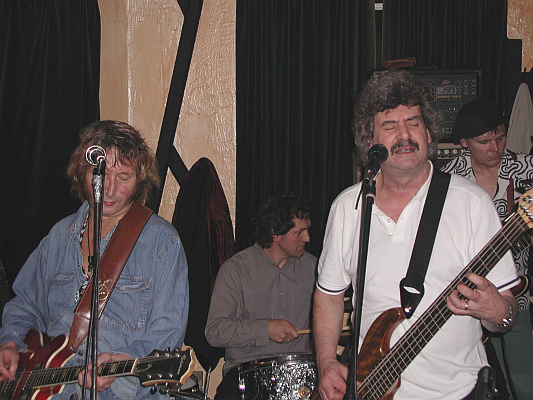 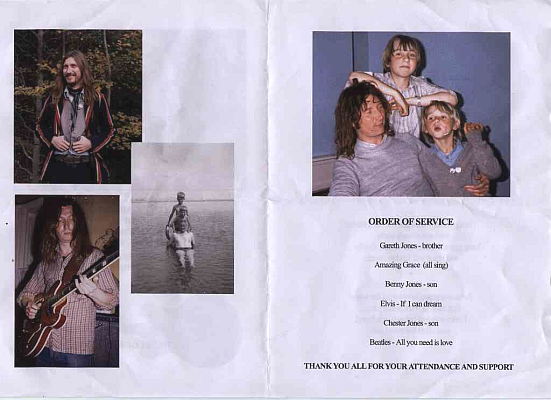 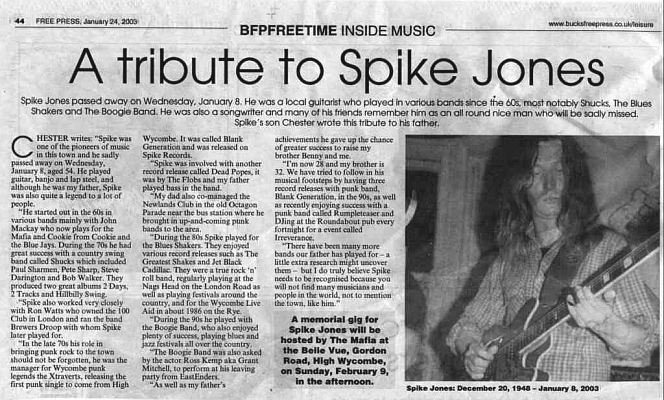 Dear Spike, I only recently found out he had passed on our band “Transfusion” circa 1968 with Spike, Paul Sharman bass, Big Mac on keyboards and me on drums..wonder if any photos of us..a tall order I think.

Thank you for sharing this Mike, as it brings back many happy memories of High Wycombe and all the music scene I discovered when I moved here in 1995. I day I arrived at Heathrow airport from LA, Chris picked me up and we rushed directly to a gig at the Antelope in High Wycombe with the Mafia. I met John & Mark the very first night, and the gigs go on. Chris has so many great memories and stories about Spike as he was like no other. Spike had an affinity for both Chris and Collin as they played together in the band, the TV Surfboy's in the late 1970s as you must know. Reading Chester's tribute was lovely as he put Spike's life as a musician and character in perspective. He asked about other history, so I thought I'd add a bit of the punk era when Spike played with Chris & Colin in the TV Surfboy's,, the band that wouldn't be remembered well as they changed their name every gig like the Punks they were! The names Chris told me were quite silly & a fundamental ideology at the time. I hope other people add some history and photos in honour of Spike and his incredible professional career! It's really a small world and there are so many connections. I was there that night in 2002 and remember the great music & feelings of deep friendship. It was a very memorable night. Keep on Rocking in the Free World! 🎸💖⭐