Guitar Shaker.
Mike spent his life in the music business. Starting as a sixteen year old for Selmer in the west end of London, he was associated with all the big names of the time as a much sought after demonstrator, ( for Gibson, Marshall, Peavey etc.) He was also busy backing the Larry Parnes stable, ( Dickie Pride, Vince Eager, Duffy Power et al). He toured with ‘The Royals’, ‘Cliff Bennet and the Rebel Rousers’, ‘Carl Perkins’ and many more before playing with ‘Pink Sam’. Micky B. left us, and the world in 2013. 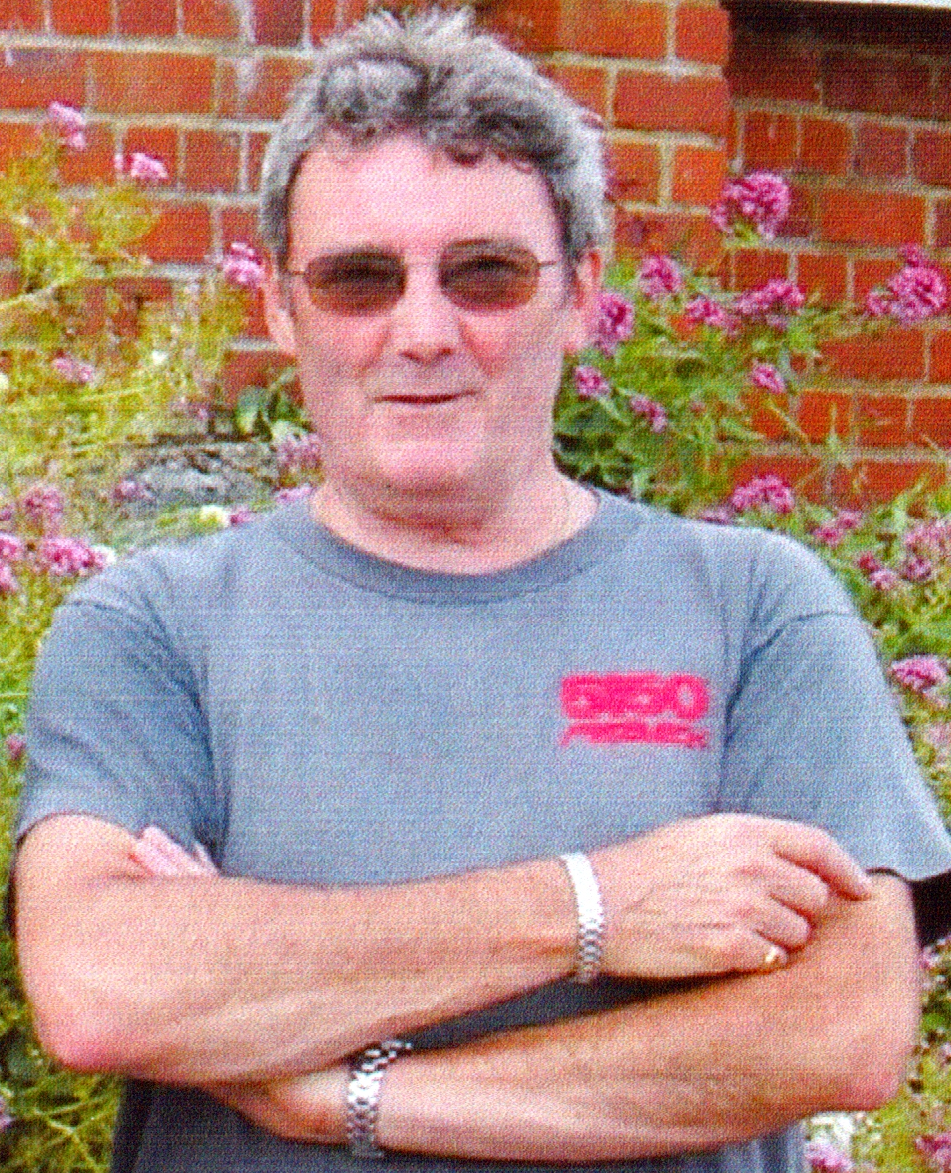 Mike Borer, aka, Micky King with Carl Perkins at Abbey road in 1977. They were recording, with various other artists, ‘ Rock’n Roll album number 3’.
The others pictured are Frankie Reid and Chris Jackson 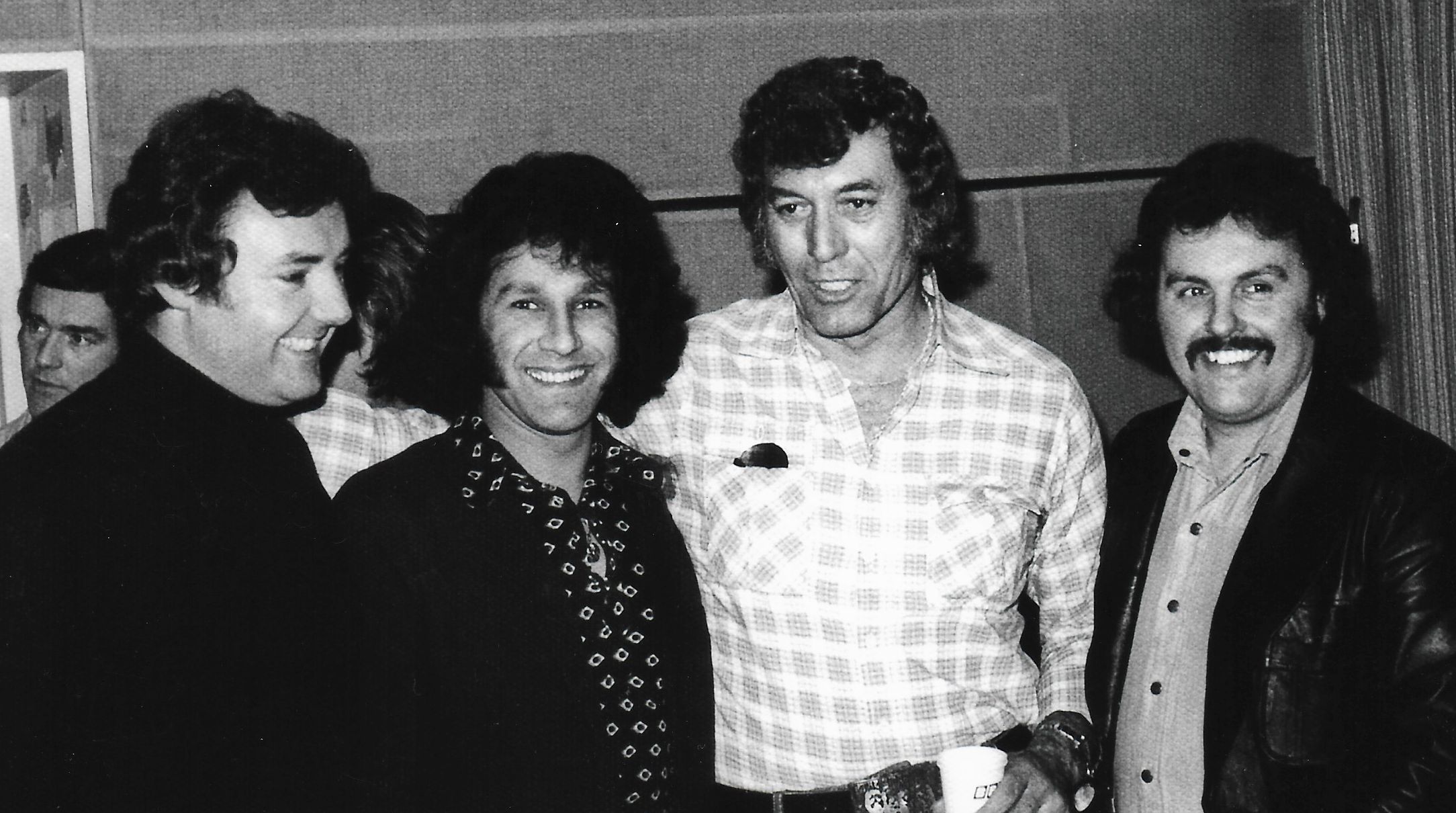 Micky King with Cliff Bennet at ‘ The Boathouse’ Chiswick in 1960. 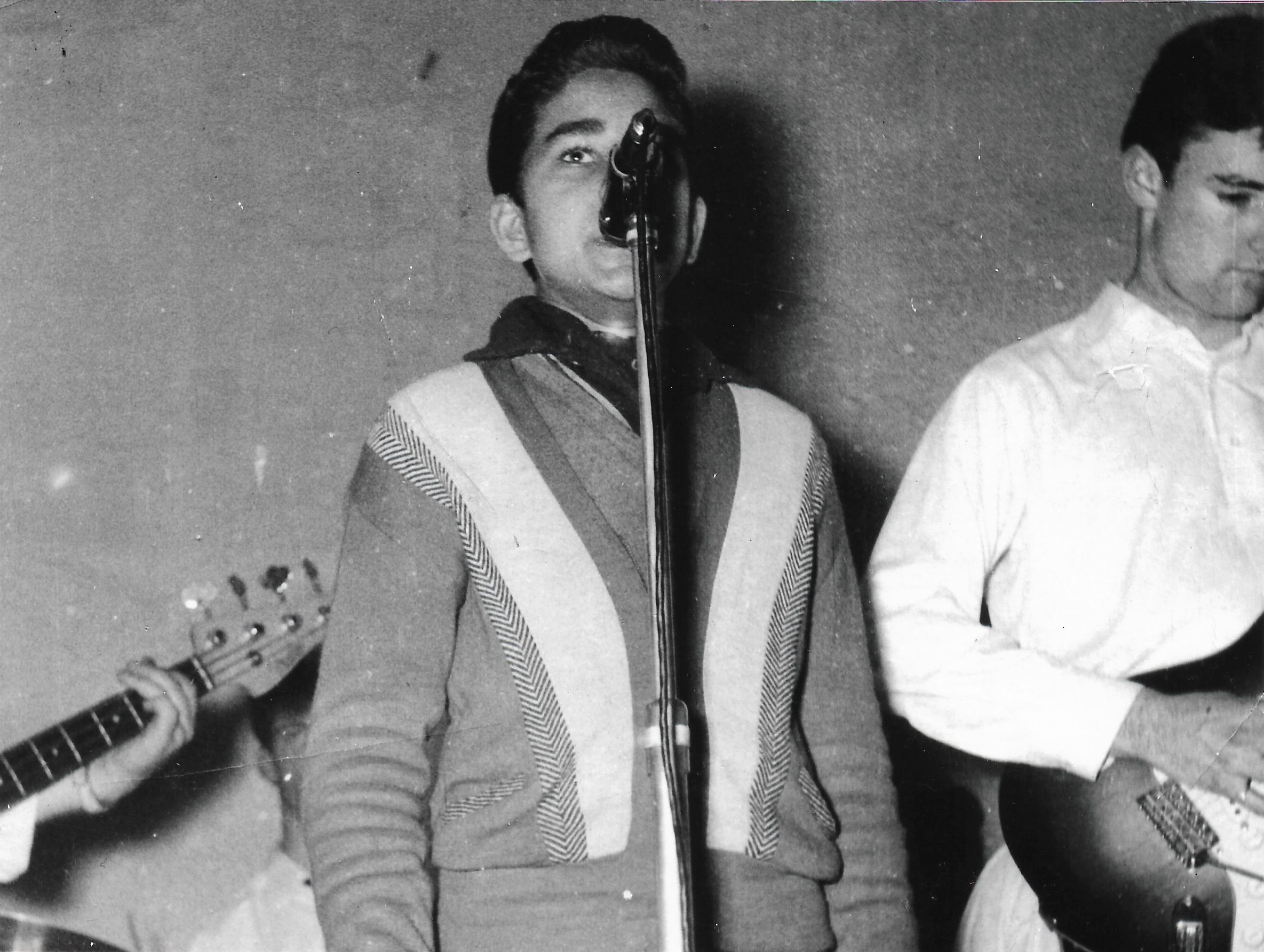 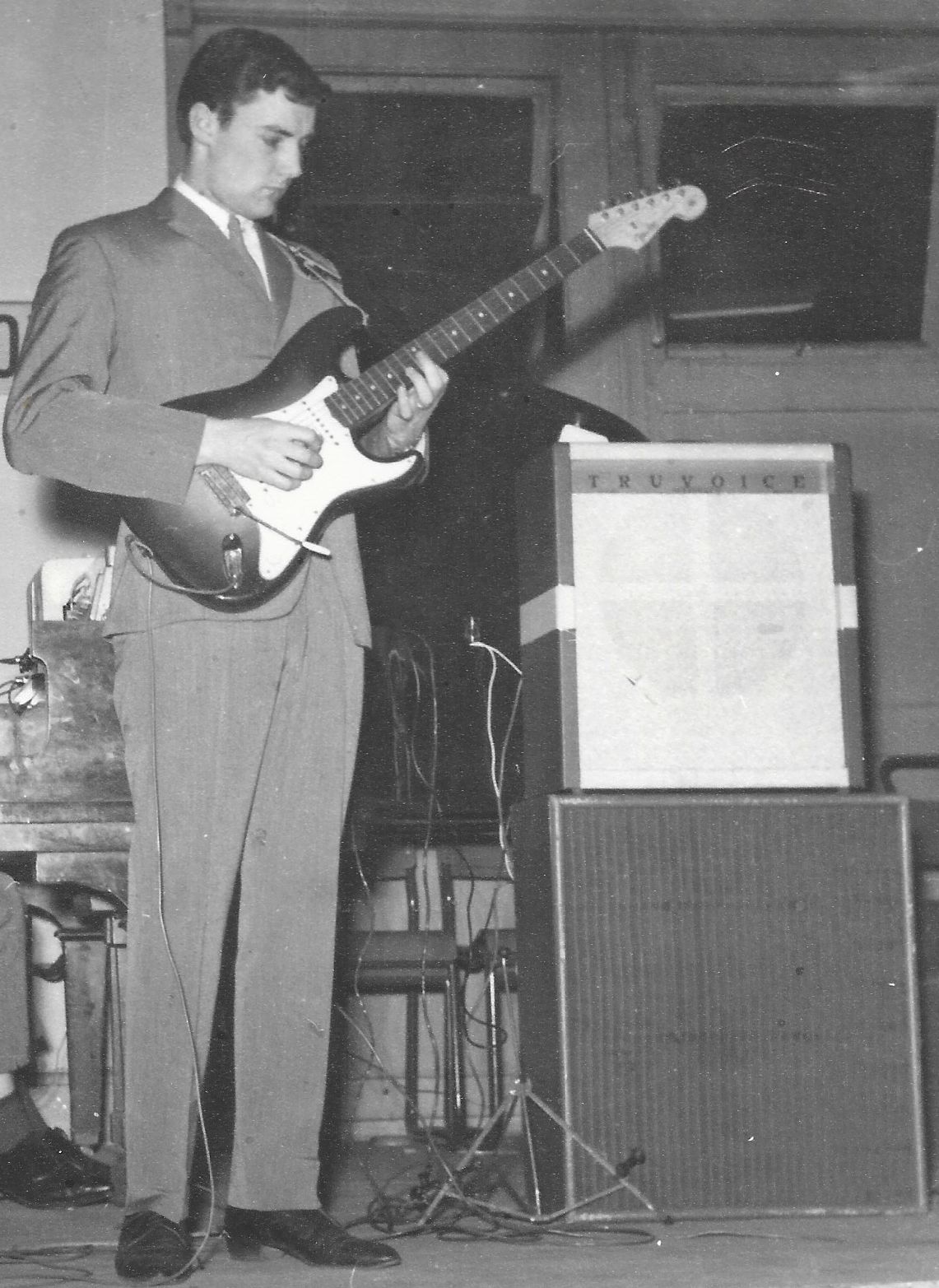